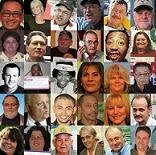 Have you ever wondered what kinds of people have the kind of luck it takes to win the lottery?

Over on Stories Of Big Lottery Jackpot Winners you'll get to satisfy your curiosity.

You'll get to read plenty of stories about people that won large lottery prizes, from Rebecca Jamison, a woman that won but almost lost when someone claimed the ticket was really theirs, to Max Matthews, a guy that received his ticket as a birthday gift from his son.

And they come from all walks of life, from Beverly Palmer, a woman that had recently hit hard times and lost her job, to Iorworth Hoare, a convicted rapist that not only won, but found "love" when a golddigger became attracted to his new riches.
Posted by App at 6:09 AM 7 comments:

How do you move an entire country?

A number of small island nations are in danger of disappearing, as they sink into the sea due to global warming induced rises in sea level. This is not if, it's when, and it's soon.

These tiny countries need serious help and they need it now.

Over 500,000 people from Bhola Island in Bangladesh permanently lost their homes when half of the island sank in 2005.

The Carteret Islands will be fully submerged by 2015. It's 10,000 residents need a new home now, but their government can't afford to move them off the island.

Tuvalu will be gone by 2050. Where will its 10,000 residents go? And what will become of its .tv top level domain? GoDaddy is recommending people not to buy one, because the island is sinking. The island needs the revenue generated by the sale of those domain names if they ever hope to be able to afford to buy a chunk of land big enough to relocate. But if the island disappears, there is a good chance that the .tv domain names will disappear with it, leaving anyone that bought one holding something worthless. It's considered a risky investment. The only real reason for buying one of their rather expensive domain names is to help them, not to actually use it. 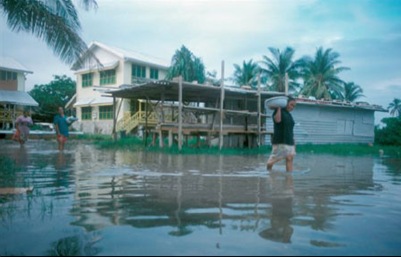 And speaking of relocation, the UN doesn't recognize climate change as a qualification for official refugee status. This means no official international aid to help these small disappearing countries find a new home, people that are in danger as a direct result of the actions of those living in industrialized nations. Technically, nobody has to take these people in and all countries have the right to turn them away and tell them to go back home to a place that doesn't even exist.

It's our carbon emissions and green house gasses that are responsible for permanently taking away the homelands of all these people and while you may not personally agree with it, it's our collective agreement as industrialized nations, that they be left with no place to go and no help. Think about that the next time you go for a nice leisurely drive.

So what are we going to do with all these people? It's not like they can just buy a chunk of land from private citizens in Texas and set up a new country within the borders of the US. Neither the US or any other country would ever willingly allow something like that.

No country wants to give up any of their land to another country. This fact has been the basis of many wars throughout history. It's seen as a hostile invasion, even if it is attempted peacefully. Look no farther than Israel and the Palestinian conflict if you want to see how it works out in the long term. 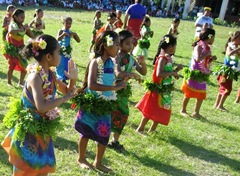 What is the alternative? Split everyone up and scatter them around the world and make them assimilate to living in a new country, destroying everything…their culture, national identity, and perhaps even their native language in the process? That doesn't seem right either.

While I would personally be willing to temporarily take in one of the displaced families and help them adjust to their new life in a new country, I know in my heart this isn’t what is best for them.

Whatever solution we come up with better happen soon, because we don't have time to waste. The islands are sinking and their residents need our help.

OpenCandy: A New Kind of Adware/Spyware 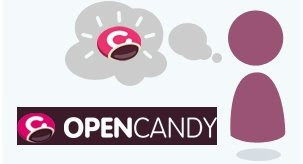 They claim to be doing something noble, but the only thing sweet about OpenCandy is the sales pitch to naive developers that might just fall for it, tricking them into thinking it is somehow different than the typical common adware/spyware.

A lot of developers do seem to be biting the bait, but no matter how you slice it, it's still adware/spyware, and to me it stinks worse than the old fashioned kind.

In OpenCandy's own words, this is what they do:

That makes it adware!


We then provide analytics back to the creators, so they can see how their software and recommendations are performing. This way they can better understand how to build and recommend great applications.

That makes it spyware!


We've also provided our technology as a platform to a handful of software creators who are utilizing an offer screen during the install process as an advertising unit. Some creators are already monetizing their distribution by offering apps like browser toolbars, so we're helping them improve their user experience and optimize the effectiveness of their offers.

That makes it your typical spyware/adware we have always known.

Actually, this is much worse, because instead of big companies like Sun & Opera making some software and offering it for free and advertising Yahoo's toolbar in the installer, we have a lazy predator company backed by venture capitalists that doesn't want to bother with or take the risk in developing a ton of software of their own to push toolbars to make their millions. They want to use the software of naive developers to accomplish it.

An ad is an ad, and to me there is no difference.

There is no difference between showing an ad for some other product by some other developer in the installer of my software, no matter how much I might even like that software myself, and popping up an ad for CocaCola or Viagra on a user's screen during the install process.

Do you remember what you parents told you about not taking candy from strangers and why? Well, these guys are not really strangers, they are known preditors. The founders of OpenCandy are the same guys responsible for the inclusion of the spyware/adware in DivX.

Now, before you call me a hypocrite for bashing adware installers while having ads on my blog, let me explain the difference:

Any visitor to my blog can turn off Javascript and not be exposed to ads. Or they can use a noscript plugin, or an ad blocker. They have that choice before they land on my site.

I even offer an ad-free RSS feed.

If I want to recommend software to my users, I put it on a separate page of my site and not in my software or installers.

When the ads are in an installer, the user can't install the software without seeing the ads. They have no real choice. That's the difference. And I seriously doubt that developers are going to offer two different installers and give users the option to see or not see ads or be exposed to spyware.

So now that I have told you what I think, what is your opinion on OpenCandy, as either a software user or developer (or both)?

UPDATE Saturday, February 19, 2011:
The following applications have been found to install OpenCandy:

This is not an exhaustive all inclusive list. This is just what I have found with a quick Google search. If you know of any other applications that should be added to this list, leave a comment and let me know.
Posted by App at 12:34 AM 55 comments: