Fix Firefox Not Remembering to Keep You Logged Into Sites

Lately, I have been hearing a lot of complaints from people that Firefox does not remember their preferences to stay logged into sites, after they close Firefox and run it again.

You may also lose certain site preferences that depend on cookies. You may have to configure those again. These would not be settings that are stored on the site's server. They would be settings specific to your PC and not set if you used the same site from another computer. While it might be a bit of a bother to reconfigure them, it's not a common thing to store site preferences this way and it should only affect a very small number of sites, if any at all.

The only one I can think of off the top of my head is Google search. If you have configured it to turn safe search off for images, set it to show more than 10 results per page, or to open links in a new tab or window, you will have to set it again.

Firefox will create a new cookies.sqlite file with the necessary info and you shouldn't have a problem any more.

It was a "Fizzbin" kind of day today.

I have a very high tolerance for stupidity when helping other people. I can guide even the the most brain dead along, explaining things 55 billion different ways till it clicks in their heads, without losing my patience.

But I have no tolerance for incompetence when I am forced to deal with a complete idiot, when calling a company with a support issue.

I had the worst tech support experience of my life with Verizon, today.

First, my internet went down at about 1:30 AM. I did the usual rebooting my router and PC, making sure my daughter's laptop was turned off (it was) before calling to complain, yet again. This has become a ritual I have had to perform an uncountable number of times since I ordered my DSL speed upgrade back in early December. I have been complaining about the flaky connection for months, with Verizon not doing a damn useful thing to fix the issue, which they have insisted is on their end and their fault, each time telling me they have fixed it and they really haven't.

Had I known that ordering an upgrade was going to give me such a flaky connection and crappy tech support at twice the price, I would have stuck with the slower stable connection and paid less, and kept more of my sanity.

So, I called Verizon and as normal, had to go through their automated menu crap and get put on hold to wait for a human. This time, I was on hold for more than an hour and a half. 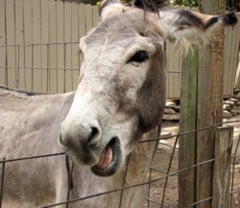 Then someone finally picked up the line, and it turned out to be the most incompetent idiot I have ever come across, at any ISP, beating even the AOL guy from some 3rd world country that told me to make a backup of all my husband's emails (since he had the smallest amount), delete the originals, and replace them with the backup copy, in order to fix my dialup. And when it comes to incompetence, that AOL guy is a hard one to beat.

After doing a line test and saying that the problem wasn't on their end, and checking router/modem settings, and making me tell her what username I was using, and making me disconnect /reconnect just to make sure I was using the right password for that username, she finally "knew" what the issue was...

And how did she verify and make a final determination that IE was the problem? Because she had me run it and without typing in any URL, she wanted me to tell her what the error message was. There was no error message, because I don't have a home page set. When I run it, it's blank. That's the way it's supposed to be. But nothing I could say would convince her otherwise, that a blank page when you open IE is normal when you don't have a home page set. To her a blank page with no error message is positive proof that IE is broken.

Now let me tell you how she said my Internet Explorer got "broken" while I wasn't even running a browser, and certainly not IE. She seems to think that while I was typing in XChat, some virus forced its way onto my machine and broke my IE so it is blank and doesn't give an error message, and that is why my internet does not work.

So I guess that means that at the exact same time, that virus also managed to force its way onto my daughter's laptop and break her IE, too...while her laptop was shut off, since her internet wasn't working either? And that sneaky virus did it to my PDA too?

Now I haven't even told you about the "My Computer" fiasco yet.

I asked her to confirm this, that she wanted me to right click "My Computer" and select "My Computer" from the menu. She said yes. I told her it wasn't on my menu, and maybe she meant something else, like "Properties", perhaps? She insisted that wasn't it.

She then told me to go to "Start" and then click "My Computer". Sorry, but that isn't an entry at the root of any Start menu in Windows XP unless someone adds it there themselves, and I sure didn't add it to mine.

Then she had me look in "My Documents" and "Control Panel" for "My Computer". Then had me go to Start, Run, and type in "My Computer" (try it, it's fun!). I suspected she may have wanted me to go to "System Properties", but she kept insisting that wasn't it and we needed to find this elusive "My Computer" entry that was missing from all my menus.

She wouldn't let me speak to her supervisor, or another techie that actually had half a brain, and ended up hanging up on me when I totally lost my patience with her. I probably would have hung up on her long before that, if it wasn't for the fact I didn't feel like waiting on hold for another two hours.

When I called back and went through the automated crap again, before placing me on hold I got a recording that said that Verizon was having issues in my area code and there could be outages for the next 6 hours and if I still wanted to speak to one of their techies, to hang on, otherwise hang up.

For some reason, the nitwit I had talked to earlier didn't know about the issues on their end, as she kept insisting there was no problem on their end, nothing wrong with my modem/router, and that my IE was broken on every computer in my house.

Scott Hanselman was right...there really should be a magic word like "Fizzbin" that you can say when you call tech support, so they don't treat you like you are an idiot...or force you talk to one of theirs.

7 Reasons Not to Direct Link to a Developer's Download Files 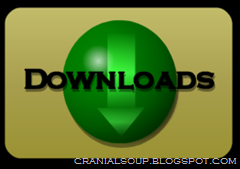 As a developer, I can't help but be more than a little bit bothered by the fact that some bloggers chose to direct link to application download files (.zip, .exe, etc) in some of the articles they write, rather than the page on the developer's site, in which the download links can be found.

If this is how you do things when you write articles & reviews, then I'd like to inform you that this isn't a very nice thing to do, for the following reasons:

So, could you please be a really nice person to us poor freeware/donationware developers, and your readers, and fix your links to point to the pages and not the file downloads? And in the future, always link to the pages, instead.

Your readers and the software developers would really appreciate this.