This is a set of 50 algae brushes for Paintshop Pro version 7 and up.

They were created from images in the public domain and can be used in any way you wish.

The original images are some remarkable photographs taken by Anna Atkins (1799-1871) and appeared in the book Photographs of British Algae.

If you would like to see the originals, they can be found in the New York Public Library's Flickr Commons collection.

AutoHotkey is NOT a Virus, Worm, or Trojan! 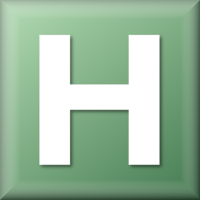 I am so sick and tired of irresponsible antivirus companies unfairly flagging compiled AutoHotkey (AHK) scripts as viruses, trojans, and worms.

There is nothing wrong with the language itself, nor is there anything wrong with most scripts written in it. A lot of really awesome, useful, Windows utilities have been developed in AutoHotkey.

The language is powerful, easy to learn, enables you to write Windows utilities very quickly, and you can compile them to .exe and distribute them to others that don't have AutoHotkey installed, or you can give them the source script (.ahk) and they can run that if they do have it installed.

But that is exactly what the antivirus companies are doing. They have decided that if a single person writes and compiles malware in AHK, then all compiled AHK scripts are malware. This results in tons of false positives, ruined reputations of innocent programmers, and a mistrust in AHK applications by the general public.

Developers have repeatedly contacted antivirus companies and complained, which after enough outcry from programmers and the public will result in them fixing the problem with the false positives. That is until a new version of AutoHotkey is released. Then the antivirus vendors get amnesia and forget that AutoHotkey is a language again, and flag all utilities made with it as malware, once again.

This has been going on for a few years now and it's a viscous cycle that needs to stop.

I have written utilities that I would love to distribute to the public, with the source code, but I am afraid of putting them on my website, out of fear that my reputation will be destroyed by the stupidity of the antivirus companies.

This is unacceptable behavior on their part. Can you imagine if these antivirus companies decided to pick on another programming language and did the same thing they do to AutoHotkey? Can you imagine if every six months they decided that all applications written in C/C++ were malware? Or anything compiled with Microsoft's Visual Studio was malware? How about if they decided that all JavaScript was malware? You wouldn't be able to load most web pages or run most of your software. If they did that, those antivirus companies would all be out of business very quickly.

But that is exactly what they are doing. And AHK is the language they are picking on.

I am asking all developers and AHK users to join an organized effort to take the bull by the horns and petition the antivirus companies to stop the unfair treatment of our software.