Playing around in Paintshop Pro again!

Inspired by the trend on a lot of the design blogs to use flourishes and swirly looking things, I decided to take a crack at it and create a pack of images that would be suitable for anyone that designs Wordpress themes, website templates, or just if you want to use it on your own website or blog. Commercial use is OK, do as you wish, just don't offer them for download (together or individually) or claim you made them. You have to make something with them.

There is a total of 60 PNG images in this pack:

Samples with some of the gradients (reduced size):

Download link can be found on my art site.


Font used for sample text is Adorable.
Posted by App at 5:51 PM No comments:

I decided to make some clipart and share it. Perfect for a food related site or blog, you may use these any way you wish. Use them to decorate your site, create a logo, make a banner, insert them into posts, printed newsletters, restaurant menus, etc.

There are 26 different images, each with dropshadow, png format, each in 2 styles, both transparent and white backgrounds.

If you like these, let me know and I'll make more. If you use them on your site or blog, share a link so I can see. 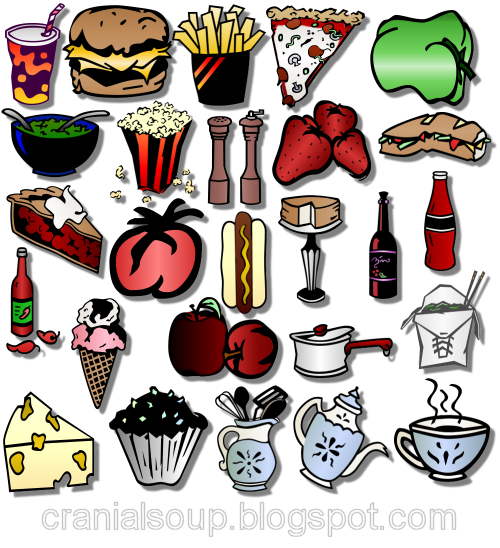 Based on Bon Apetit Font

Download link can be found on my art site.
Posted by App at 11:19 AM 9 comments:

One of the great things about the internet, as a music lover, is that I get to discover all kinds of good stuff that I would not likely hear on the radio in my small suburban town in Northern NJ, or likely find a CD for, at the local mall.

For artists, it allows them to reach out across the borders of their countries and find a new audience. It allows independent artists the opportunity to market themselves and their music, without having to resort to signing up with some RIAA record label that is more interested in money than artistic quality. 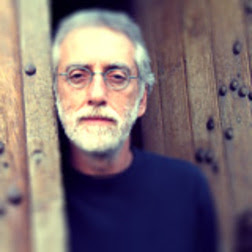 One of these independent artists is Eldad Lidor.

There isn't much information available in English about this artist, but it seems he is a relatively famous one within his own country of Israel, having composed the musical score for some movies and television programs, among them a 1989 Israeli film called Crossfire (Esh Tzolevet).

He has also been the executive producer of at least one movie, a 1999 Israeli film called Shiv'a Yamim Be'Elul.

He's a real go getter, and puts a lot of effort into reaching out to potential fans on Last.fm. It was there that I was contacted by him and asked to listen to his music and tell him what I thought. (I love when artists spam me with their tracks, especially when they are really good.)

But being on a slow computer and connection, I can't stream audio and can only listen if there is a track I can download. After explaining this to him, he pointed me towards the only tracks he has available for download on Last.fm.

Going On is a short (2:18) but very good instrumental, a lonely highway kind of tune that I could imagine as the background music of a modern western movie, as the hero rides off into the night in an old beat up convertable. Or maybe playing as one stands alone, on a subway platform in New York City, in the middle of the night, watching the empty trains go by.

My Father Memoris - I am not too sure how to describe this one except to say it reminds me a bit of a cross between Mike Oldfield, Yanni, and an 80's electronica style commercial for the Bates Motel. It's a little bit spooky in some parts, and the percussion gets rather interesting towards the middle of the track.

Eldad also has another track available for download called Relationships, along with a number of others you can stream on his MySpace page. You will need a MySpace account to download, though.

If you like what you hear, please consider supporting artists by buying an album, seeing a concert, or telling a friend, especially when you find a really good independent artist like Eldad Lidor. Let's all help artists like him become successful, worldwide, without them having to resort to selling their souls to an RIAA affiliated record label.
Posted by App at 1:38 PM 2 comments: